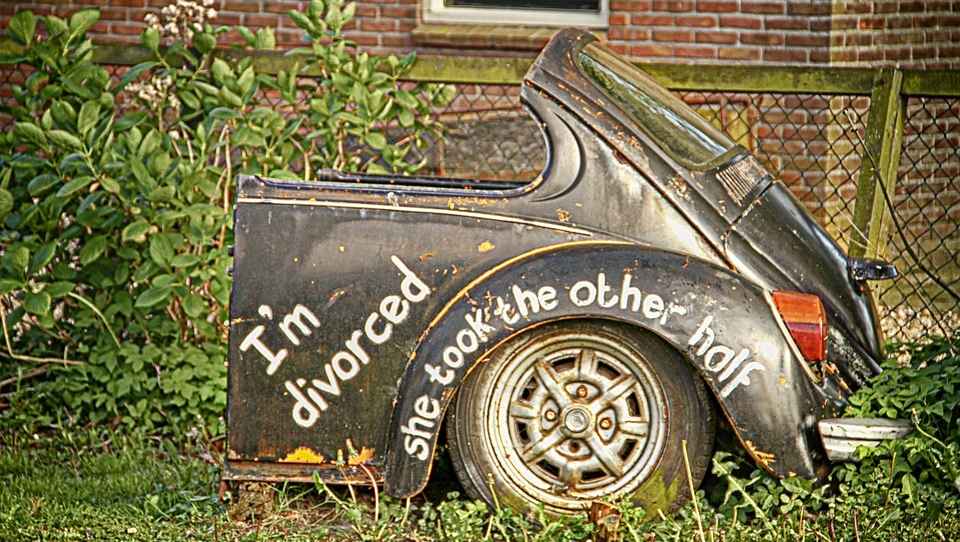 Catalan just failed in its attempt to secede from Spain. Many other territories, even in the EU are at risk. In all cases, groups of people want more autonomy or establish an independent country. There are at least two different drivers:

Wrong borders. Borders that were drawn by (colonial) powers irrespective of ethnic realities that force people to live together that were not meant to live together. The most prominent case that gave this development a name is the Balkan. Today we have Mindanao, Palestine or Kurdistan. Africa is full of those. It’s a frequent cause of violent conflict and civil wars.

Selfishness. I am looking for a better word here, but I fear, this is it. It’s about economically strong regions whose inhabitants feel exploited by less fortunate citizens elsewhere and want a bigger part of their own pie. They don’t want to share their wealth with others any more. They feel that they will be better off alone like Catalan, Flanders and Northern Italy. Fortunately, this development is rarely violent as violence itself threatens the affluent economic base.

Catalan is actually a mix of both. It has a distinct and different culture from the rest of Spain and it is also an economic high performer.

For the rest of this article, I am going to focus on the second aspect. Selfishness is scary. Because in no country every region is economically equally strong. It’s impossible.

Multi-ethic countries like the US and Singapore know how to counter secession: with money. If you make it economically sound to remain a part of the whole because you are better off, then things will stay together. The American Dream or One Singapore are the promises for a better life together. But even in the US, Californians are voicing their desire for independence.

Single-ethic countries are also not immune. Germany, for example, uses a financial equalisation scheme between the Federal Government and the states to compensate for the different economic strength of the regions. The federal structure also gives regions a high amount of autonomy. But even in Germany, there are soft voices of secession, e.g. in the “free state” of Bavaria.

The EU is also promising: if you join, we will give you money. This is what the newest member states seem to have heard loudest. All of them are net receivers. Never mind the union aspect based on human rights and democracy – we just take your money. Thank you! We are Poland, Hungary, but also Turkey. Money rules. Rules don’t count.

But there is much more behind this than just money. Several long-term trends are converging to drive secessions. They have one common theme: rising individualism. More than ever in the history of humanity, we are more individual and more in control of our lives. And we also want a greater say in the place we are living in.

Here are some of the long-term trends that drive individualism. Some are positive; others are negative.

Humanism and education have freed us from religious and ethnic constraints. “You can be everything you want!” is a realistic promise to every child born today.

Globalisation has created an abundance of choice that gives power to the consumer. It nurtures the formation of people defining themselves as individuals by what they wear, eat, or do. I am me, unique, different, individual – I define myself. It is easier than ever to find the products and lifestyles that match me. Post-demographic consumerism creating a new highly individualised consumer that does not fit any category challenging traditional marketing approaches.

The internet allows us to act globally. Social media platforms like Facebook and LinkedIn allow us to build and maintain our own (global) social environment. Collaboration tools like Skype for Business or Google Hangouts allow us to work productively from home with people around the world. We define us through our unique personal connections — no need to join a club or church and to put up with people you don’t like. Now you can unfriend them and create your very own group. Individualism extends itself to your social and professional domains. With the risk of creating echo chambers.

Industry 4.0 aims at “lot size one” to produce customized and unique products for individuals. For example, Adidas is building individualized shoes in a fully automated factory in Germany. And no car leaves the BMW factories like another. Having products, solutions, services or even projects made to order just for you further strengthens individualism. It makes us feel appreciated, special and unique.

The sharing, freelancer or gig economies give individuals the ability to be economically successful without being part of a larger whole: companies. As entrepreneurs and professionals, these individuals have to develop a clear sense of self and develop a personal brand which strengthens individualism.

Income inequality. Although freelancers can earn more than the average workers the general increase in alternative work arrangements reduces earnings as people work fewer hours and makes income generation more erratic and less reliable. Overall, this further increases the global and constantly growing income inequality between the rich and poor. Poverty is rising not only among old but also the young. As a consequence, more people feel under more pressure to make money and feel less able to help others. This is a global trend causing threatening social cohesion. People under pressure need to look after themselves and cannot help others: refugees, foreigners or the poor in their own countries. Egoism, populism, nationalism, and separatism abounds.

The fourth industrial revolution threatens the jobs of as 50% face the threat of automation. Income inequality and poverty will most likely continue to rise. Unless our social systems, e.g. using UBI, are catching up with this development. Unfortunately, there is no sign for this and social reforms are becoming urgent. In the meantime, people will have to sit out the storm, look after themselves as good as they can. Individualism will prevail.

All those trends increase our focus on ourselves; they make us more individual and egoistic. It is this rising individualism that makes people feel that they can, want, or have to take charge not only of themselves but also of their community, region, and county. These trends will drive secessions.

On the negative side, people who are increasingly under pressure will continue to defend themselves. Populism and nationalism are on the rise to keep foreigners and refugees out of the existing territories. Even an affluent country like Singapore is not immune to this. In an extreme form, it could also lead to the secession of a territory to make it easier to “defend”.  Singapore separated from Malaysia due to political and economic differences after racial riots erupted in 1964. At this time, Malaysia did not have any objections. Singapore was just a remote, small island full of Chinese with no economic significance.

On the positive side, people who feel empowered as individuals to live the life that they choose will become increasingly intolerant to external control. If I as an individual can survive in the global economy, why shouldn’t a small community like Catalan? I cannot see a reason why not.

The EU denying support to Catalan independence is more a sign of its current crisis and inability to welcome an additional member than a factual impossibility as demonstrated by the older idea of “Europe of the Regions“.

If the new (smaller) unit continues to enjoy access to the same markets and conditions as before it should be able to operate in pretty much the same way as before. Small countries like Liechtenstein, Monaco, and Singapore survive very successfully independently having access to the global economy.

Why shouldn’t we grant an ethnic, religious or regional group the right amount of autonomy in the fair balance of the interests of the group and its surrounding?

For example, the government of the Philippines is currently preparing a federal reform that grants more autonomy to its regions. This development has been spearheaded by autonomy for the Muslim part of Mindanao designed to bring peace to this region that has been battered by civil war for more than 40 years.

The problem with secessions is that they take away from an existing territory and make the current ‘owners’ defensive. Concepts that don’t require secession of an existing territory like Seasteading, or floating countries, are already becoming reality. So if is possible to establish a small, independent community on the sea, why not on land?

Overall, we will most likely see an increase in demands for regional autonomy and secessions. This will disrupt existing nations, lead to conflict, and people will die. Is this worth it?

With any volatile, uncertain, complex and ambiguous (VUCA) situation, I find it helpful to envision the positive scenario in the far future. This inspires clarity about what we want to achieve and guides developments and decisions.

If we imagine a world where people are more at ease with the environment they are living in, feel ‘home’ and empowered to take ownership, responsibility, and interest in their surroundings and others, as equal members of the global community. If we imagine a world that is free of ethnic, religious or territorial conflict and full of peace, then we need to allow our world, borders, and countries to reshape themselves into a more stable and peaceful form.

The future of work: staying on the positive side of technology

Who should you blame for Covid-19?

Do you work for free?